“Designer Miuccia Prada supports size diversity on the runway, she says, at least in theory.
In practice, however, she considers it something of a joke.

“The subject is very trendy now,” she told WWD just before her 2019 Prada resort show in NYC on Friday.

“And that I don’t like so much. I don’t want to do it for those reasons.”

The problem, she says, is that most designers only pay lip service to this kind of diversity by casting just one plus-size model at their shows.

“It’s a joke. It’s just to pretend to be good. It’s pretentious… I think it’s hypocritical. I accept maybe some designers that really go for that. Otherwise, you try to be politically correct.”

“Size diversity, again, in theory I accept, but so far I didn’t have really the courage to do it.”

The thing is, you don’t just summon your courage out of no where and think, oh ok I am just going ahead with what’s being accepted nowadays.

You have to be fearless, you have to brave the uncomfortable silence and the eye rolls from uptight fashion houses, the fashion houses that are turning down millions of income because they are too uptight to move forward with the rest of the world.

And the fact is, they don’t want to be called wrong, bad, tasteless and would rather sit in their comfort zone wondering what’s on the other side of the garden.

With more and more brands bracing the plus size atmosphere, whomever is brave enough to trust and take the leap is only going to have their benefits serves as reward, and not only leaving bad tastes in the conversatives mouths.

If you want us to prove you wrong again, check out the designers that took the leap and enjoy their financial success for the past 5 years.

Plus size model featuring on the Runway shows from Glamour Magazine. 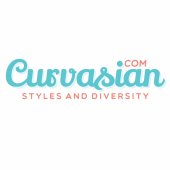 You have Successfully Subscribed!

Thank you and keep in touch! <3